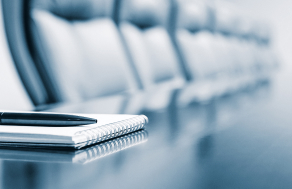 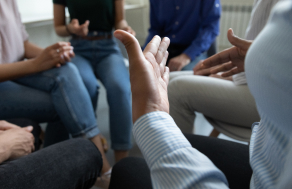 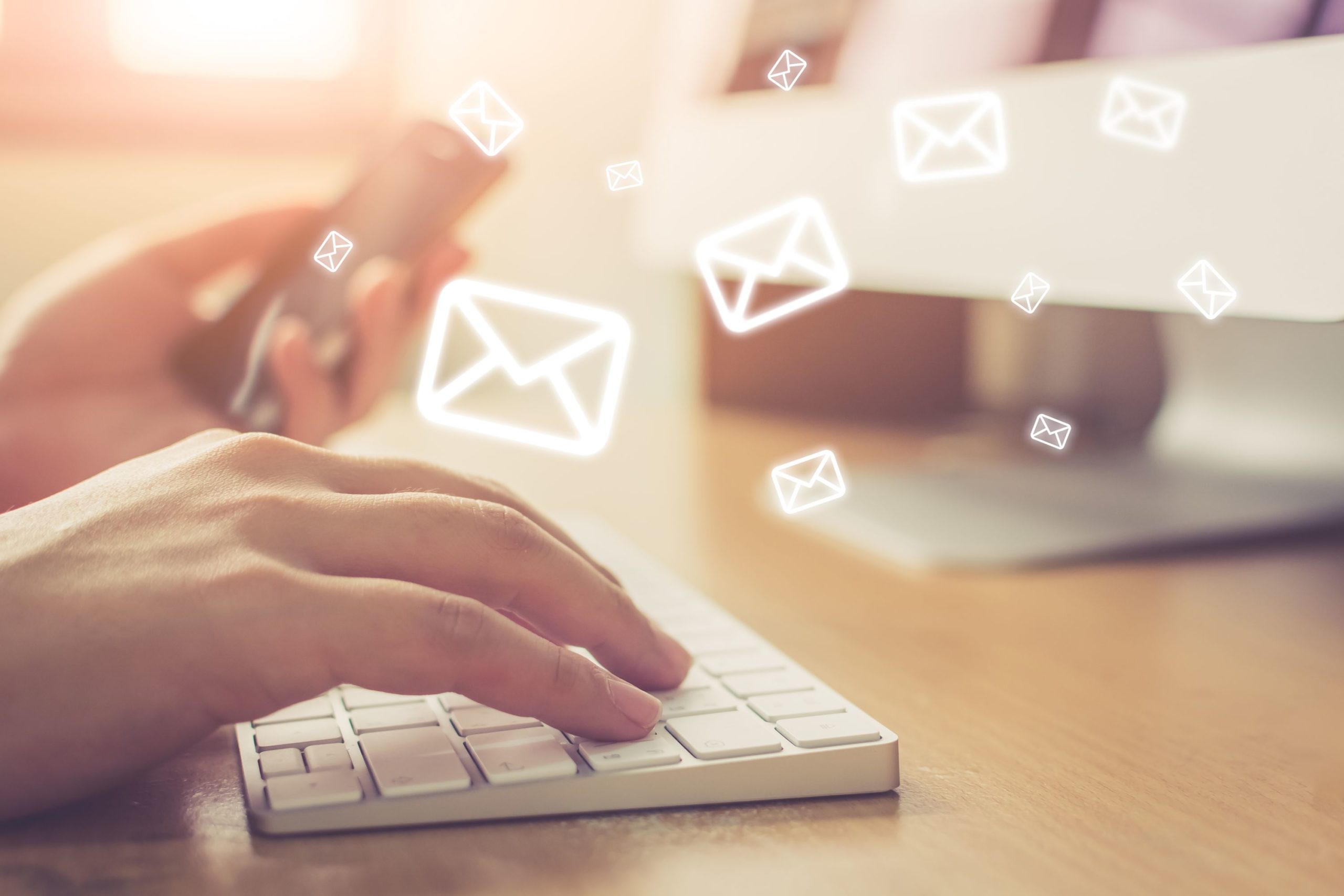 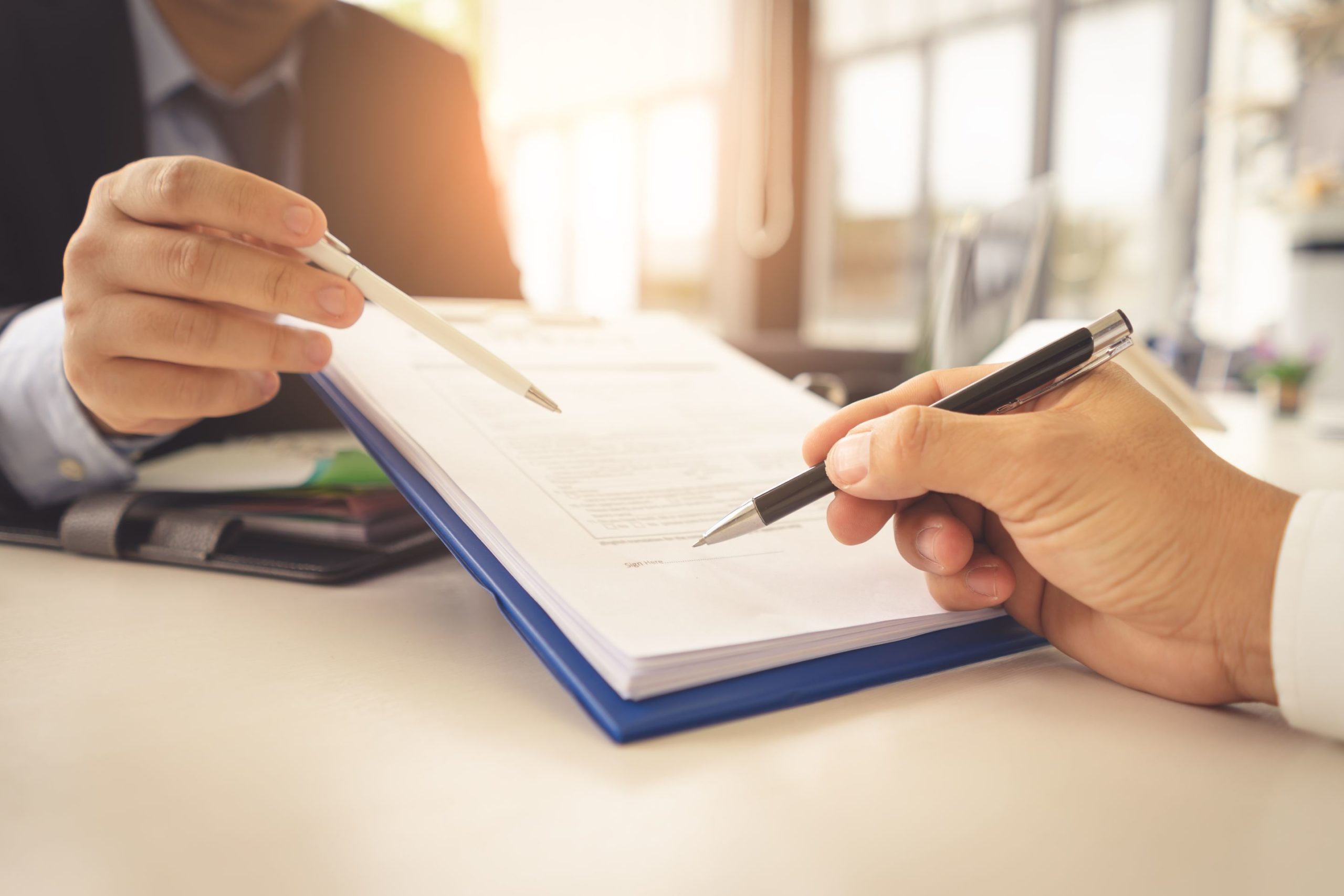 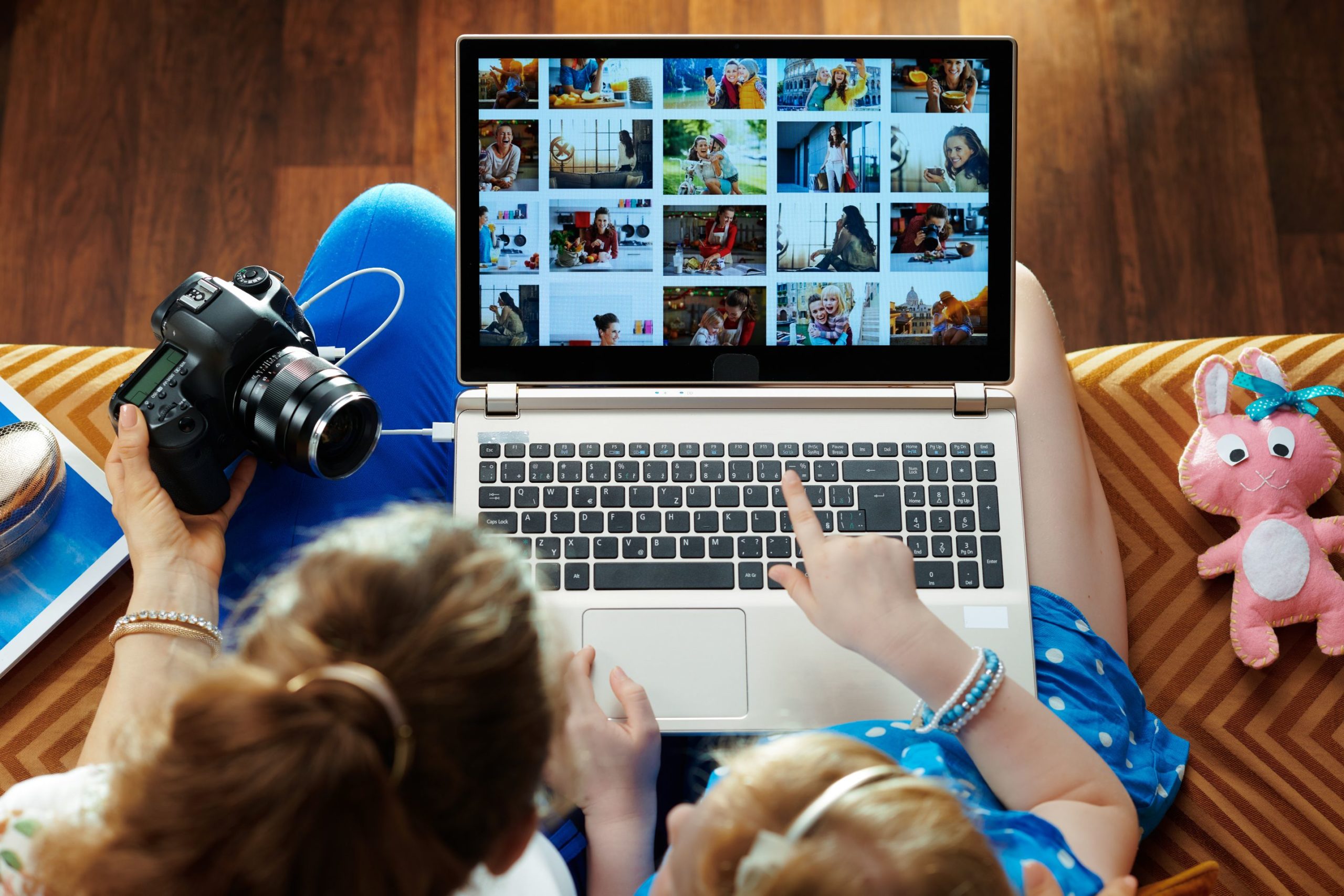 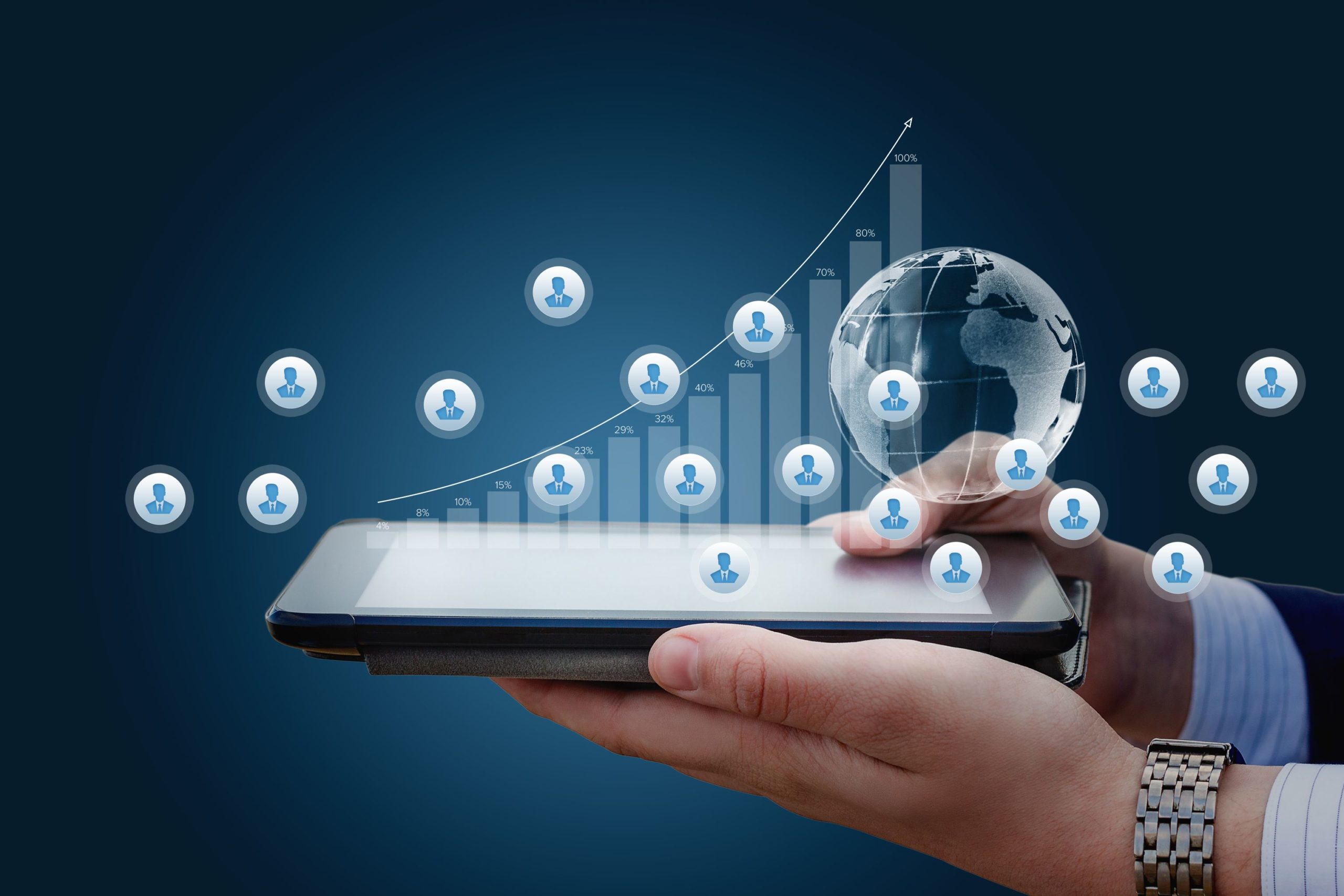 The Joint Review Committee on Education in Radiologic Technology (JRCERT) promotes excellence in education and elevates the quality and safety of patient care through the accreditation of educational programs in radiography, radiation therapy, magnetic resonance, and medical dosimetry.

The JRCERT is committed to excellence in education and believes that quality cannot be compromised. Integrity and high ethical principles are the fundamental values that guide the JRCERT in assuring a fair and unbiased accreditation process. Our site visitors value the diversity of our programs and safeguard the education of students by verifying that programs utilize equitable policies and procedures. The JRCERT remains steadfast in assuring that these core values are reflected throughout the site visit.

The Joint Review Committee on Education in Radiologic Technology (JRCERT) currently accredits educational programs in radiography, radiation therapy, magnetic resonance, and medical dosimetry that can be offered at the certificate, associate, baccalaureate, and master’s degree levels in both traditional and distance education settings. These programs are housed in institutionally accredited, degree granting institutions and hospitals/medical centers that are either degree granting or award certificates. The geographic boundaries of JRCERT accreditation activities are within the United States and its territories, commonwealths, and possessions.

Believes educational quality and integrity should not be compromised.

Respects and protects the rights of students.

Promotes the welfare of patients.

Collaborates with other organizations to advance the profession.

Exemplifies the highest ethical principles in its actions and decisions.

Strives to incorporate diversity, equity, and inclusion at the center of our accreditation work and interactions with our communities of interest.

Responds in a proactive and dynamic manner to the environment in which it operates.

The JRCERT is recognized by the Council for Higher Education Accreditation (CHEA). CHEA is a national advocate and institutional voice for self-regulation of academic quality through accreditation. CHEA is an association of 3,000 degree granting colleges and universities and recognizes 60 institutional and programmatic accrediting organizations. For more information on CHEA, go to chea.org.

US Department of Education Recognition

The JRCERT is the only agency recognized by the United States Department of Education (USDE) for the accreditation of traditional and distance delivery educational programs in radiography, radiation therapy, magnetic resonance, and medical dosimetry. For more information about the USDE, go to usde.gov. 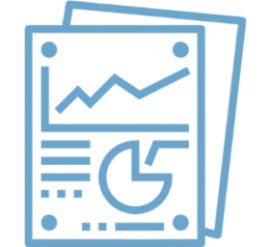 Each year, the JRCERT publishes the Organizational Report. This report contains valuable information regarding the JRCERT, including Board and Staff composition, the number of accredited programs, budget summaries, and more. Click the button below to view the current and past organizational reports. 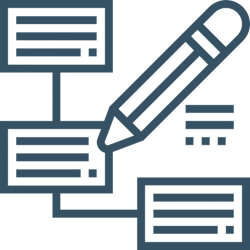 In the early days following Roentgen’s discovery of X-rays, physicians experimenting with the use of Roentgen rays in the diagnosis of disease trained X-ray technicians on an as-needed basis. As the need for a more formal training program was recognized, radiologists and technicians, working together, began to establish training programs in a few hospitals. Although the American Medical Association (AMA) was recognized as the official accrediting agency by the National Commission on Accrediting and the United States Commissioner of Education, it did not have the necessary resources to conduct surveys and evaluate programs. The AMA requested that the American College of Radiology (ACR) assume the responsibility for surveying X-ray training schools.
In 1944, X-ray technology, the predecessor of radiologic technology, joined the professions of occupational therapy, clinical laboratory sciences, and medical records as the fourth health occupation to establish standards of education and qualifications for accreditation. The first “Essentials of an Acceptable School for X-Ray Technicians” was the product of negotiation between the American Society of X-Ray Technicians, now the American Society of Radiologic Technologists (ASRT), and the Council on Medical Education and Hospitals of the American Medical Association. The ASRT subsequently contributed to the establishment and elevation of educational standards for radiologic technology, especially in the areas of curriculum development and instructor preparation, through the varied activities of its education committee. By 1950, approximately 125 schools offered training in X-ray technology.

From 1944 until 1969, the ACR’s Commission on Technologists Affairs Committee on Technologists Training carried out program evaluation. The number of programs grew rapidly, and evaluating compliance with the Essentials became more complex.

In 1969, the American Society of Radiologic Technologists and the American College of Radiology established the Joint Review Committee on Education in Radiologic Technology (JRCERT) within the structure of allied health education accreditation provided by the AMA’s Council on Medical Education. The JRCERT, incorporated in 1971, assumed the duties for site visits and evaluation of educational programs in the radiologic sciences.

Radiation therapy technology had been recognized as a separate discipline within radiologic technology since 1964, when the first certifying examination was administered by the American Registry of Radiologic Technologists (ARRT). The “Essentials of an Acceptable School of Radiation Therapy Technology,” adopted by the ACR, ASRT, and AMA in 1968, applied only to one-year programs, since almost all technologists entering radiation therapy technology at that time were recruited from radiography and nursing.

The JRCERT turned back to its roots in 1992, when the ASRT House of Delegates requested that the JRCERT Board of Directors develop an action plan and timetable for the withdrawal of JRCERT from its collaborative relationship with CAHEA and establish itself as the only recognized accrediting agency of educational programs for the radiographer and radiation therapist. While the JRCERT was investigating the prospect of independence, the AMA made the announcement that it had elected to dissolve CAHEA. This was to occur rather abruptly, leaving review committees scrambling to make decisions and plans. To facilitate the change, the AMA offered to lengthen the timeframe of CAHEA’s dissolution and to support a new freestanding agency to assume the accreditation activities of CAHEA. The JRCERT Board of Directors did not accept the proposal to join the freestanding agency, the Commission on Accreditation of Allied Health Education Programs (CAAHEP), but instead voted to pursue USDE recognition as the independent accrediting agency of educational programs in radiologic sciences. Plans were made for submitting a petition for recognition to the USDE and for completing the myriad of tasks that would need to be accomplished to assume direct responsibility for educational program accreditation.

1994 – 2001
Recognition by USDE and Developement of New Standards

In January of 1994, the USDE granted the JRCERT interim recognition through 1995.  The notification stated: “During this interim period, the JRCERT may take whatever accreditation decisions it believes are warranted, including the awarding of initial accreditation to programs the JRCERT determines are in compliance with JRCERT accreditation standards.”

In February 1996, the Secretary of Education confirmed ongoing recognition of the JRCERT as the only agency for the accreditation of educational programs in radiography and radiation therapy.

Declaring independence as the only accrediting agency recognized by the USDE to evaluate and accredit educational programs in the radiologic sciences also brought about major changes in the Essentials and Guidelines.  The Essentials and Guidelines of an Accredited Educational Program for the Radiographer and the Essentials and Guidelines for an Accredited Educational Program for the Radiation Therapist were combined into a single generic document, the Standards for an Accredited Educational Program in Radiologic Sciences.  The STANDARDS are directed to the assessment of outcomes and focus on those programmatic and student-related outcomes that measure the total academic experience.  The STANDARDS were implemented on January 1, 1997.  The STANDARDS were revised in 2001 and implemented January 1, 2002. The JRCERT STANDARDS are reviewed and revised as necessary every 10 years.

The JRCERT applied for, and received, recognition as a programmatic accreditor by The Council for Higher Education Accreditation (CHEA) in 2004.  In 2008, the USDE granted an expansion in the scope of the JRCERT to include distance education.